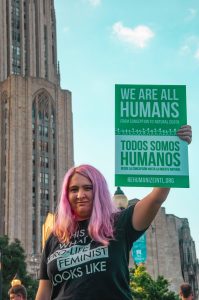 The Biden administration’s promise to reform the immigration system met yet another obstacle on April 25, 2022 when a federal judge in Louisiana granted a temporary restraining order on Biden’s plan to terminate Title 42 by May 23, 2022.

Title 42 is a Trump-era policy that was initiated in March 2020 to curb the spread of the novel coronavirus. It granted border authorities the ability to rapidly expel migrants back to Mexico or their home countries without screening – including migrants who are traveling to the United States to seek asylum.

Political controversy and dissent shrouds the Biden administration as they fail to address the pressing immigration concerns coming from both Republicans and Democrats. While bipartisan immigration reform remains a hopeful but distant dream, both parties have made it clear that they are extremely unsatisfied with the current turn of events.

The transition from Trump’s restrictionist immigration authority to Biden’s overpromises on immigration reform is further stressed from changes in global events and foreign policy, such as the war in Afghanistan, the Russian war on Ukraine, the political instability and violence in Sudan, and much more.

What started out as a public health strategy to facilitate the U.S. immigration agency during the pandemic turned into what immigration rights activists argue is illegal, unfair and contradictory to Biden’s assertions about reforming the immigration system.

Both parties appear to acknowledge that the U.S. immigration agency is sorely prepared for the potential influx of migrants that will come with the conclusion of Title 42. In addition to processing individuals using immigration law, COVID-19 safety measures must be taken to protect public safety as well.

The Birth of Title 42

Despite Title 42’s foundation under the Trump administration, the policy has been consistently used under Biden to expel migrants at the U.S.-Mexico border. According to the Pew Research Center, 51% of all migrant encounters at this border resulted in Title 42 expulsions. 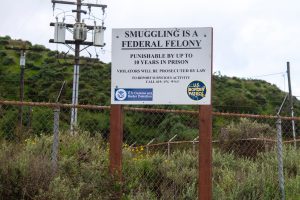 The policy capitalizes on a rarely-used 1944 U.S. Section Code that allows federal public health authorities to prevent migrants from entering the United States if such action prevents the spread of a contagious disease.

On April 1, 2022, The Centers for Disease Control and Prevention announced the termination of Title 42, citing that current public health conditions and developments in COVID-19 mitigation deem the order unnecessary.

In other words, the CDC determined that allowing migrants into the U.S. no longer poses a threat to public safety in terms of spreading disease.

Biden may still be on track to rescind Title 42 by May 23, but the Louisiana court’s temporary restraining order could interfere with Biden’s plans to meet his deadline.

The States of Missouri, Louisiana and Arizona sued the CDC to halt Title 42’s cancellation early this month. Judge Robert Summerhays, who was appointed by former President Trump, approved of the motion to file a restraining order and determined the two parties would “attempt to reach agreement” on the terms.

The 21 states argue that Biden’s actions with Title 42 disregards immigration law and border policy and procedures. While Summerhays ruling is considered to be a win for border security, it is the continuation of a long battle for immigration activists against Title 42.

Texas filed a separate case against Biden in a Texas court to block the cancellation of Title 42, based on a similar premise, but is still waiting to hear back on the ruling of the case.

How Title 42 is Applied at the Border

During the pandemic, border authorities have mostly used Title 42, as opposed to Title 8, to expel migrants at the Southern border, sending most of them back to Mexico or their home countries without a chance to seek asylum.

According to the Pew Research Center, “there were nearly 2.9 million encounters with migrants along the U.S.-Mexico border between April 2020, the first full month after Title 42 went into effect, and March 2022, the most recent month with available data. Nearly 1.8 million of those encounters, or 61%, resulted in migrants being expelled under Title 42.”

However, many red states and some blue states are worried about the influx of migrants that Title 42’s cancellation will bring. Biden’s short-comings on a comprehensive plan causes them to doubt the Department of Homeland Security’s capacity to process thousands of migrants efficiently and humanely if the cancellation goes through.

On March 12, 2022, the CDC announced that Title 42 could no longer be used for unaccompanied noncitizen children at the border. In other words, immigrants who are minors and are unaccompanied by an adult will not be expelled. Instead they will be vetted and medically cleared before release from the facility to their guardian or sponsor.

The CDC is actively assessing the Title 42 order to determine how to better use it, or decrease the use of it, when it comes to protecting public health from COVID-19 transmission.

Since new mitigation and vaccination developments have allowed them to determine that unaccompanied noncitizen minors do not pose a threat on the public health front, they are moving to do the same for two additional groups as well: 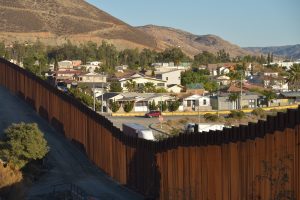 Before Title 42, border authorities used Title 8 to process migrants at the border. Under Title 8, migrants could claim a compelling reason for their admittance into the U.S. due to poor, unsafe or threatening conditions back in their home country.

Even though Title 8 at least allows migrants to seek asylum, this is not a much better alternative to Title 42 since individuals must remain in their home countries until a decision has been made about their asylum case, hence the push for immigration reform.

At the induction of public health order Title 42, border enforcement order Title 8 was rarely used, if at all, when processing migrants. We see this begin to change as Title 8 usage steadily improves for the duration of 2021, and has remained consistent so far in FY 2022.

At the same time, Title 42 usage had been drastically increasing with data from the Congressional Research Service revealing that Title 42 was and is used nearly twice as much as Title 8 in recent months.